The value of an “unsexy” methodology 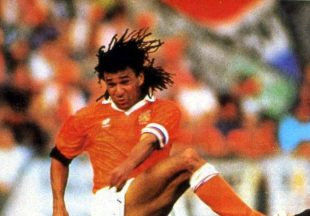 The BBC recently marked twenty-four years since Dutch footballer Ruud Gullit popularised the term “sexy football”. During a live broadcast (recently re-aired on iPlayer), Gullit shocked his fellow pundits with his description of an innovative Portugal team who were thrilling viewers of Euro 96.

As far as I’m aware, Gullit isn’t a member of the MRS. But the sector has plenty of other advocates for our methodological equivalent, “innovative approaches”. Advances which offer new perspectives on the consumer experience, such as Augmented Reality, biometric technology and implicit association tests, thrill an industry chastened by an economic crisis and forced to confront a world without face-to-face fieldwork.

These techniques all have their place and are often powerful additions to a researcher’s toolkit. But as the crisis has unfolded, at Blue Marble we’ve found ourselves making ever greater use of a distinctly “unsexy” methodology.

Longitudinal qualitative approaches have been around longer than most of us, but are rarely used in modern research. Usually there isn’t the time, inclination or money to follow small qualitative samples for extended periods.

But as we assessed how best to understand responses to the UK coronavirus lockdown at the end of March, we decided that our understanding of this unprecedented event would be greatly enhanced through longitudinal qualitative techniques – allowing us to respond to the unpredictable and gain a rich understanding of lived experiences.

Our approach, following 15 households for the first 6 weeks of the lockdown, wasn’t revolutionary or particularly complex (even if we used weekly video calls and online tasks to bring the method up to date for the corona-age). But it was revelatory, in two respects.

Firstly, it gave us a huge amount of time with our respondents – which allowed us to adopt a very exploratory approach. We used open-ended exercises to understand unprompted priorities and concerns, with only limited need to steer conversations back on track:

Secondly, and related to the above point, the method allowed us to build a strong rapport with each participant – and our research benefitted from this. The “2012 spirit” of the early stages of lockdown may have made this easier, but it was clear that many of our participants found the experience of taking part very positive – whether as a comfort in challenging times, a chance to vent frustrations about their fellow household members or just to collect their thoughts on seismic events.

Almost everyone opened up to us more as we got to know them better – for example, a woman who came across as a reticent participant in week one, yet provided increasingly moving and personal accounts of the impact of the lockdown on her mental wellbeing as the weeks progressed. By earning the trust of participants, we gained insight that we may never have gleaned from a one-off focus group, interview or survey – about topics including the shape of loneliness, the re-emergence of grief and strategies to manage the mental health dimensions of the crisis: “The other day I just felt I needed a hug…and that’s not possible at the moment”.

Reminded of the power of this methodology, we’re now using longitudinal approaches in other work – including a 6-month study to explore the financial impact of the pandemic on UK households. It may not be a sexy approach, but it would be Ruud not to include it in our methodological toolkit.