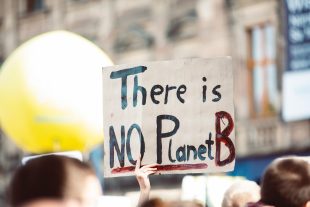 On the eve of COP26, our Research Manager JJ discusses new Blue Marble research on public opinion around climate change.

When it comes to the news cycle around climate change, it can feel like there is little left to surprise us. Only this week, protesters glued themselves to roads, radio show hosts claimed that concrete can be grown, and one of the world’s largest coal exporters, Australia, committed to achieving net zero carbon emissions by 2050. But this researcher continues to be surprised, and sometimes dismayed, at public attitudes and behaviours around climate change in the UK. On the eve of COP26, the UN climate change conference, my colleagues Ben Potts and Tom Clarkson at Blue Marble have published new research which reveals some startling trends in this not-so-green and pleasant land.

Take, for example, the report’s opening insight – since 2010, there has been no increase in the proportion of the British public who say they are making an effort to reduce their environmental impact. This stands at odds with reports of a recent period of ‘environmental awakening’ within the general public. Indeed, this is compounded by the fact that when the general public think about how climate change might affect people in the UK, just over half (54%) are pessimistic about the future. 54% is a slim majority, but could feel quite small when we consider that nearly two in five (37%) are very or quite optimistic about how climate change will affect people in the UK. The optimists are more likely to have children at home, be less involved with environmental action or say they don’t really know what causes climate change.

Understanding of key language around climate change is mixed, and it’s encouraging to see strong recognition and understanding of terms such as ‘renewable energy’ and ‘carbon footprint’. Recognition of the term ‘net zero’ is significantly lower, with 30% of the public saying that they have never heard the term before. Indeed, only a quarter (26%) say that they have a good understanding of the term. This may come as a surprise to brands and organisations who have been pushing net zero messaging to the public.

In terms of individual effort, recycling sits highest in the actions consumers take or have taken to help stop climate change, with nine in ten (89%) reporting recycling as much as possible. The surprise lies in the perception of recycling; when considering what actions make the most difference to climate change, the public rank recycling higher than choosing a green energy plan, replacing petrol / diesel cars with an Electric Vehicle, not having a car at all and avoiding one long distance flight. In fact, in terms of CO2 emissions saved, household recycling is the least effective measure on this list, a fact that PM Boris Johnson alluded to earlier this week.

Among the strongest voices on climate change, Extinction Rebellion rank low in terms of the proportion of people who say that the group have had some effect on their day-to-day behaviour – this may be linked to the finding that significant proportions of the public are unlikely to respond well to messages that can be interpreted as scaremongering.

One finding which comes as no surprise at all, however, is that David Attenborough stands head and shoulders above other voices in terms of his influence on the public – a fact that is heart-warming to many, I am sure.