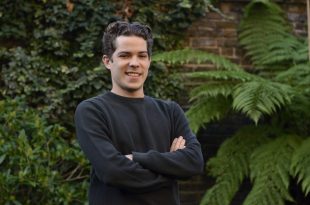 Blue Marble Research has promoted Oscar Maclagan to Senior Research Executive after a stellar start to his time at the company. Maclagan, who has worked with clients including Guide Dogs, Crisis and TSB, joined the company in 2021 after completing an MSc in Global Migration at UCL. Maclagan is currently managing Blue Marble’s major longitudinal study on the cost of living crisis for Citizens Advice, following 50 vulnerable households since October 2021 to understand the impact of energy price rises.

Blue Marble have also welcomed two new hires to the company in recent weeks. Nadia Chan has joined from Kantar WorldPanel, where she was Client Manager for Unilever. Nadia, a mixed methodology researcher, has previously worked at the ABRSM, Trinity McQueen and 2CV. Evie Fleck has joined the company as a Research Executive. An Oxford graduate, Evie has recently completed an MA in Gender, Society and Representation.

Founding Partner Emma Partridge said: “We’re delighted to welcome Nadia and Evie to the team, and are excited about the contribution they will be making to important research over the coming months. Oscar’s promotion represents well-deserved recognition of the important project management role he is playing on major studies, day in, day out – he has a bright future ahead of him.”